On November 27, Group 11 observed International Human Rights Day by holding its annual Write 4 Rights event. This year the W4R campaign brought to the spotlight women human rights activists who risked their lives and freedom to rise against injustice and protect their communities.

The selection of cases for W4R was not only inspiring, but also highly illustrative of what happen to women when they become political actors around the world. Take the case of Marielle Franco, a black gay woman who grew up in a favela and against the odds managed to get education and become elected to the city council in Rio. Marielle was an ardent critic of police brutality and extrajudicial killings till her last breath: she was murdered right after getting off the stage at a political rally in which she participated in March 2018.

With the far-right movement on the rise in Brazil, and Jair Bolsorano, a politician notorious for his sexism and homophobia, winning presidential election with 55% of voters’ support, some believe that Brazil could be moving towards fascism or military rule. Nevertheless, even in those dire conditions Marielle’s legacy inspired her family, friends and co-workers to continue her fight. Monica Benicio, Marielle’s fiancee, has vowed to defend those who live on margin of Brazilian society: the LGBT people, black Brazilians, and the poor. Women who worked in Marielle’s office decided to run for public office and won their races. One of Marielle’s best friends was elected to the federal Congress.

Marielle became a role model for activists around the world who choose to confront the authorities rather than surrender under their threats. And it isn’t only women who see Marielle as a symbol of resistance. Roger Waters of Pink Floyd was deeply moved by Marielle’s story after he read her obituary. Though Waters had never had a chance to meet her in person, he used his celebrity position to pay tribute to Marielle and denounce the rise of far-right in Brazil during his recent concert in Rio.

The effects of consumerism on traditional communities was another insight derived from this letter writing marathon. Nonhle Mbuthuma is a human rights activist from the Amadiba community in Pondoland, South Africa, whose ancestral land has been invaded by titanium mining companies that seek to move Nonhle and her village. Titanium is the metal of choice for spacecrafts electronics, but it is also used for manufacturing consumer goods from tennis rackets to laptop plates. Because of the high demand of titanium in the first-world countries, Nonhle’s community of around 5,000 people could lose their homes, and Nonhle herself could lose her life: she has already survived an attempt to kill her.

The list of the wonderful women human rights activists on whose behalf Group 11 wrote letters also include an anti-death penalty campaigner from Iran, youth rights ambassador from Venezuela, a defender of people with disabilities from Kyrgyzstan, an LGBTI advocate from Ukraine, and local community leaders from Morocco, Kenya, India, and Egypt who were harassed, intimidated, and imprisoned for standing up to social injustice.

As the Group 11’s longstanding tradition goes, no W4R is whole without Todd’s guitar performance. Group 11 members sang along with Todd a wide range of popular 80s hits from Cohen’s Hallelujah to Marley’s Get Up. 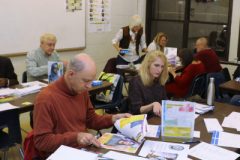 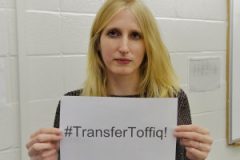 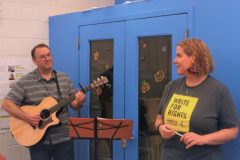 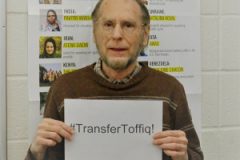 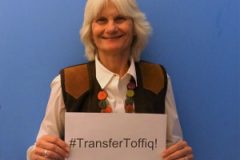 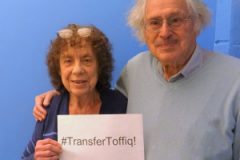 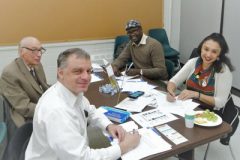 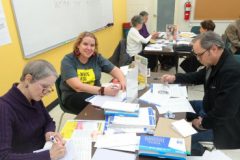 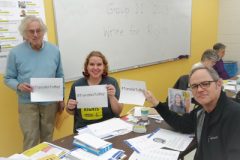 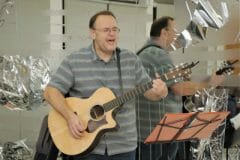 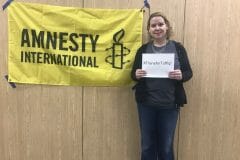 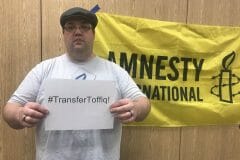 Long-time supporters of Guantanamo prisoners’ release, Group 11 members took pictures with a hashtag #TransferToffiq for a social media campaign that urges the U.S. Department of Defense to release Toffiq al-Bihani, a Saudi Arabian citizen who has been held in Guantánamo since 2003 and was not moved out even though he was cleared for transfer in 2010.

Margaret Huang, an advocate for human rights and racial justice for more than two decades and the Executive Director of Amnesty International USA, visited Group 11 for our October 23rd monthly meeting. She talked about AIUSA’s current work and its goal of attracting two million active supporters who take at least six meaningful actions a year by 2020.

Stop Gun Violence campaign, together with the Welcome Refugees campaign, is the top priority endeavor for AIUSA today. Margaret shared details of AIUSA research and lobbying efforts to raise awareness and change legislation in states like Missouri, where the use-of-force law permits police to shoot fleeing suspects. Some stats regarding gun violence in the U.S.: 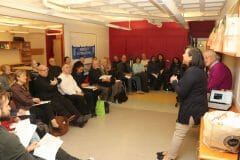 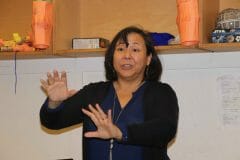 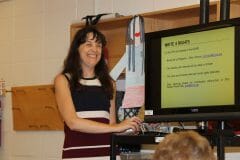 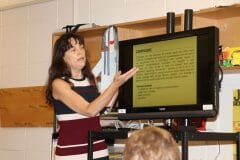 In a welcome and unexpected development, the Supreme Court of El Salvador freed Teodora del Carmen Vásquez on Feb. 15, 2018, ending her 10-year legal nightmare. Teodora’s case had been a focus of Group 11 and we are thrilled to learn she is now at home with her family.

Group 11 has taken a special interest in the case of Teodora del Carmen Vásquez, an El Salvadoran woman who suffered a stillbirth in 2007 yet jailed for years under her country’s draconian anti-abortion laws that presumed her guilt rather than innocence. Several members of Group 11 wrote letters, organized petition campaigns, did radio interviews and spoke with political and other organizational figures. Group 11’s long interest in Teodora’s case was recognized by AIUSA in the Individuals at Risk Case Commitment Award.